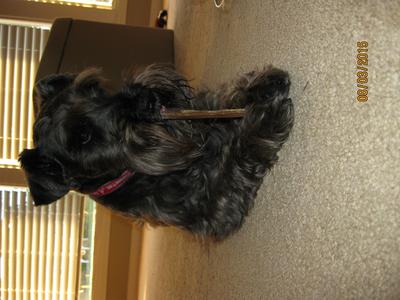 My 9 yr old schnauzer, Kola, will turn up his nose to food in the morning, sometimes he will eat it later like 5ish but usually it's at 9:30 or later!! I have taken his food away then set it back out later but he still refuses to eat and a lot of times he'll go a day without eating at all!! Ob a few occasions he's gone two days!!
He gets about a 1c to 1.5 cups, his food is a mix of wet and dry. He get regular check ups and is in good health to our knowledge. On occasions he'll get treats and a very, very small amount of people food ( more like licking the plate and some of my thin crust pizza end) Pizza is a once a month thing. Sometimes I will give him a couple pieces of sweet potato when we have them.